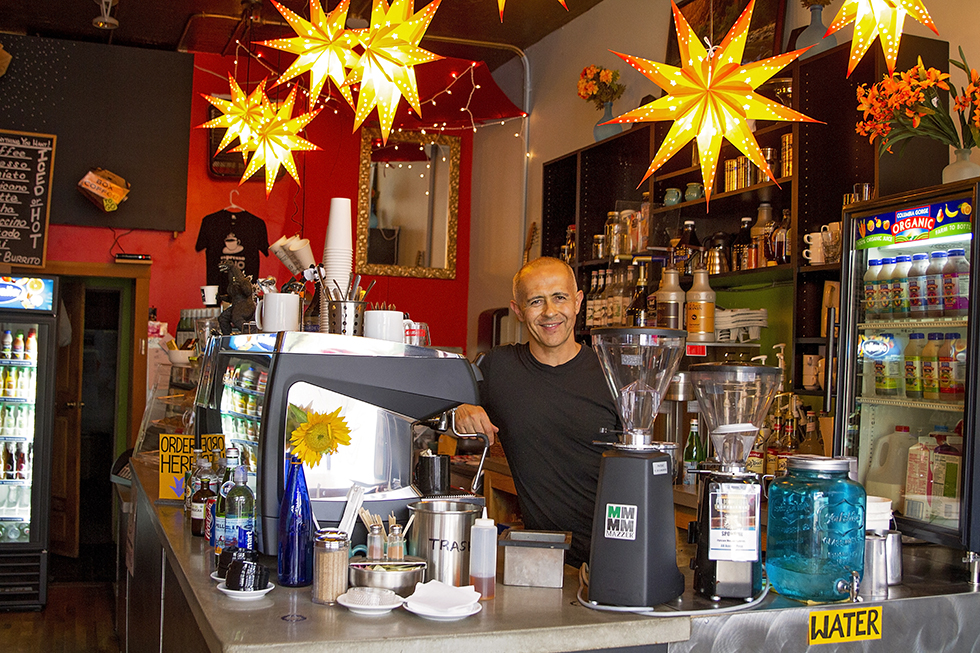 After typing Albuquerque into Google and my maps program a bazillion times I think I finally have the spelling down. Jillian and I arrived late to the city (as always because we would end up distracted by whatever we would find along the way) and although we were quite tired we made the decision to go find these famous neon Albuquerque lights. Let me preface this by saying it was probably around 1am and this was post- white sands, so my eyes were dying and I was in glasses. We had no idea what nightlife in Albuquerque was like but did notice groups of people walking the streets so we felt safe(ish) and we were tired to the bone, but we were here so – again – what the hell!

We walked a couple blocks and immediately realized we were slightly out of place. Raggedy pony tails, casual clothing and camera packs. We stuck out a bit. When we arrived, we were told they close down Central every Friday and Saturday night to stop the drive-by traffic. I’ve traveled quite a bit and experienced all different sorts of nightlife but Albuquerque… well, it felt a bit… aggressive. It wasn’t that I was made to feel uncomfortable in any way; no cat calls, no pestering by large groups of guys waiting to get into the various clubs. It was just an overall feeling that tangibly hit you when you walked along those few blocks. We wandered around a bit, taking photos along the way, and maybe stayed out an hour but arrived back at our hotel on edge and energized. It was a decidedly odd downtown area at night.

The next morning we woke up late to the sound of the banging on our door by housekeeping. It was 11am and it took a few minutes to figure out when checkout was. Thank goodness for 12pm checkouts! We tried walking to the historic district but aborted that decision about halfway there since it was SO HOT! I’m a desert dweller and handle quite extreme heat but we’re not stupid enough to do too much in it! Why I thought it was a good idea to walk a couple miles in 95 degree heat with humidity is beyond me, but I’m thankful we turned back. We experienced our second-worst Mexican food meal of the trip (and probably ever). It shouldn’t be this hard to find good tacos in New Mexico! Other than that, the historic district was lovely and quaint with lots of great shops to peruse. My goal for this trip was to purchase a hat and wallet. I succeeded in purchasing neither but thoroughly enjoyed myself nevertheless. I love how a conversation started every single time we entered into a new little shop. People were extremely friendly and enjoyed sharing travel stories.

The night before we had noticed a little coffee shop that we wanted to try the next day. We headed there right after we got some shopping out of our systems. Not only was the coffee pretty great but the owner was extremely sweet and helpful in recommending places to visit in both Santa Fe and Taos. We explained to him our Mexican food disappointment thus far and he listed a few restaurants where we could hopefully get our fix. He made an impression and was nice enough to let me photograph him. I forget him name (I’m sure Jillian has it jotted down on her handy dandy notebook somewhere) but no matter. I won’t forget the experience. 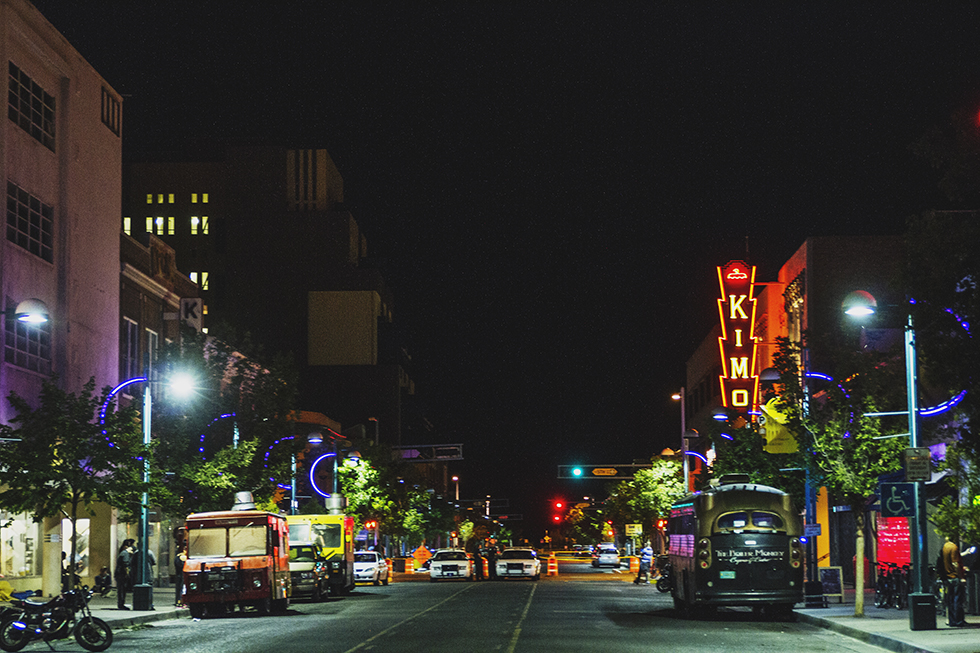 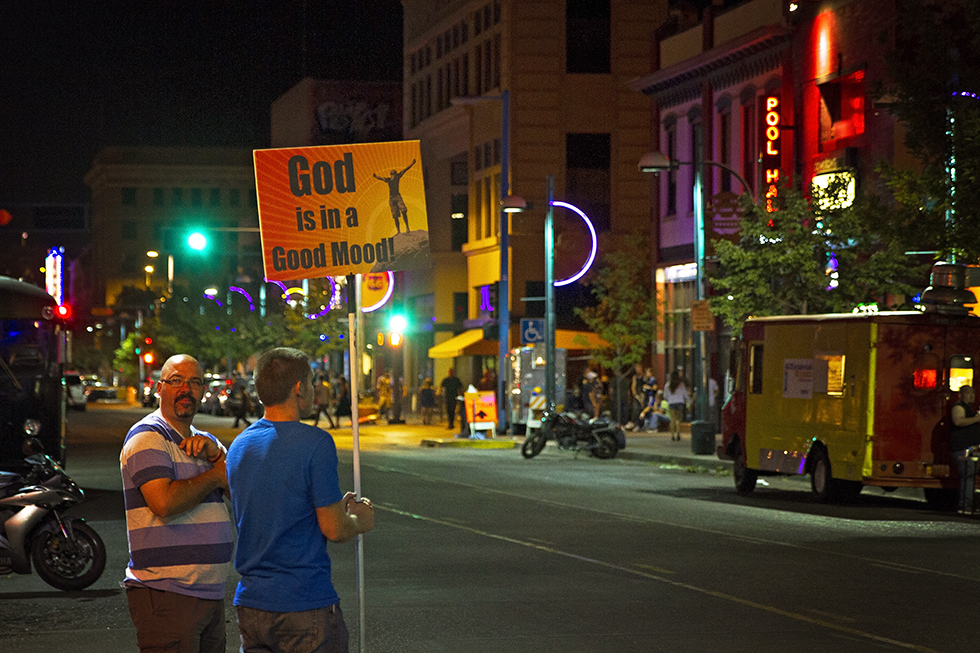 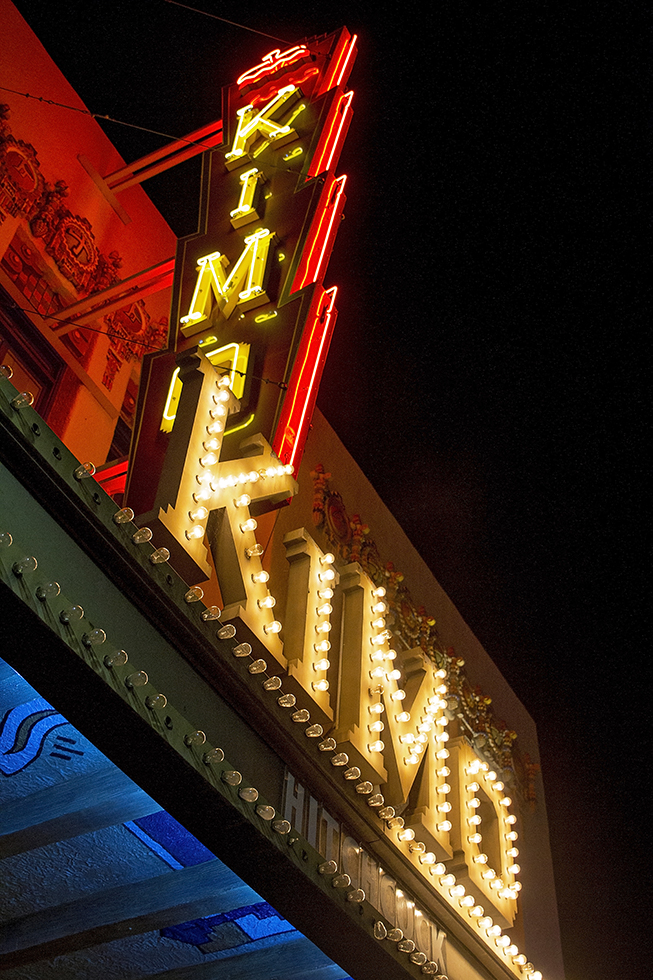 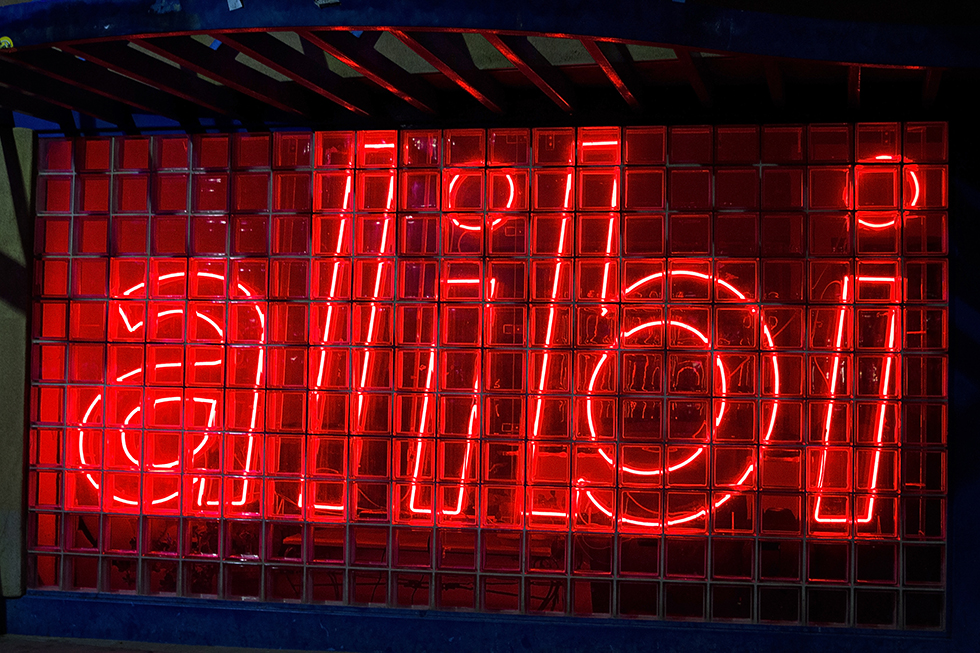 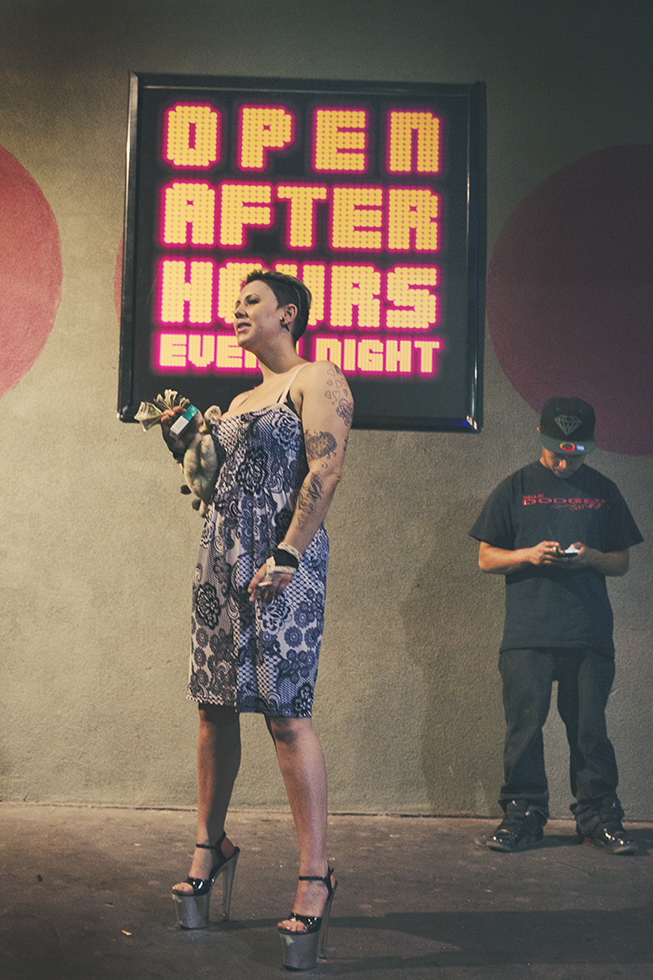 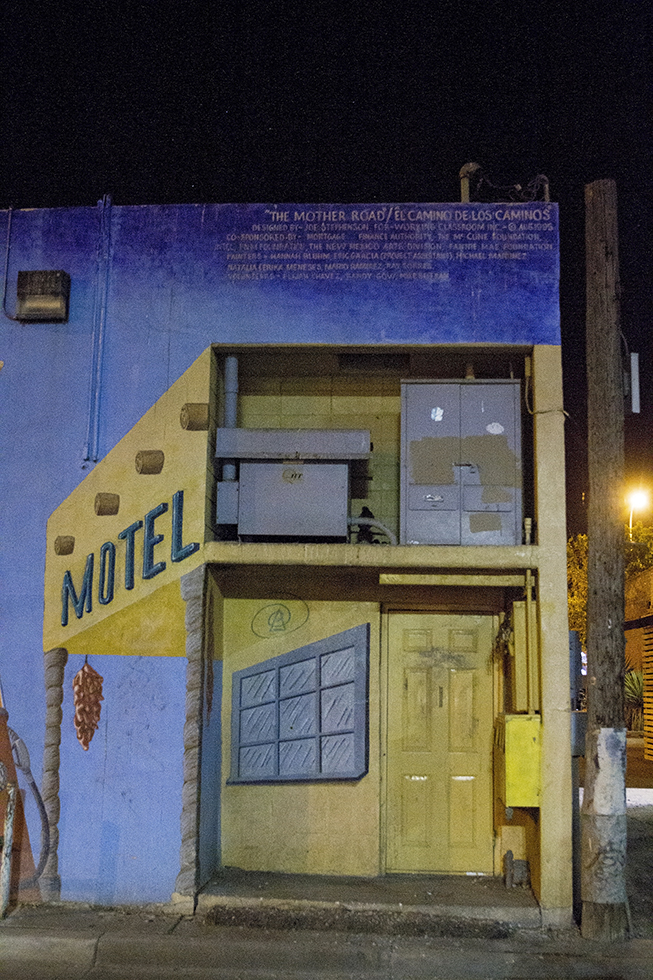 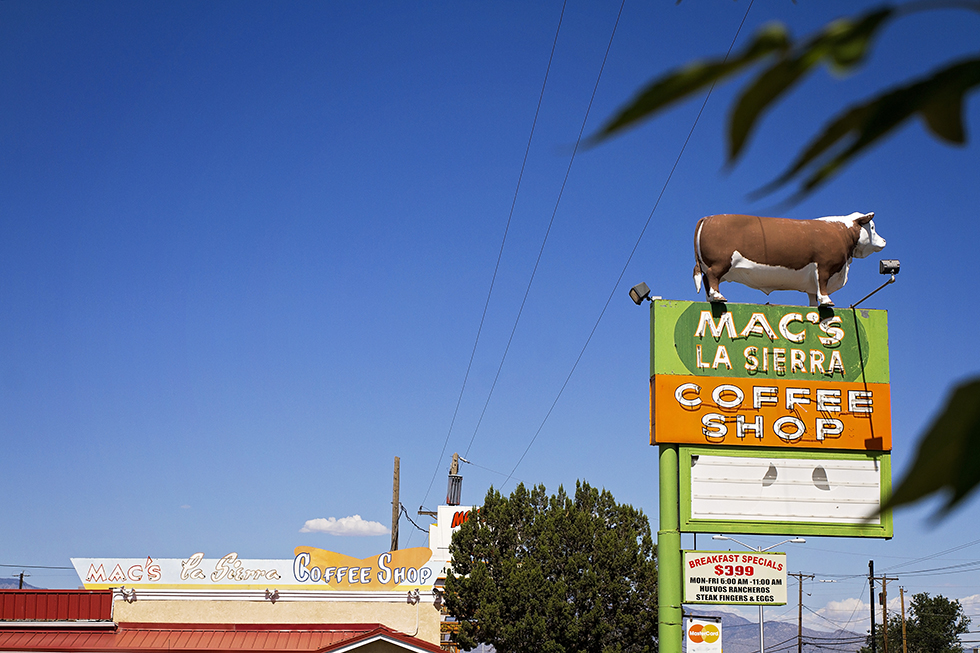 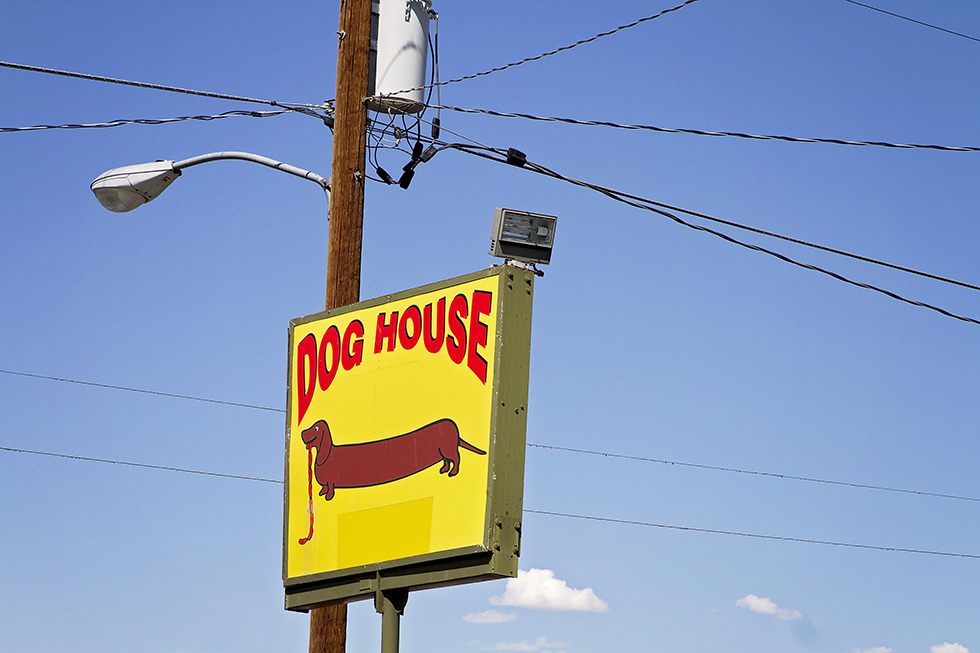 Breaking Bad friends will understand the significance of the Dog House! 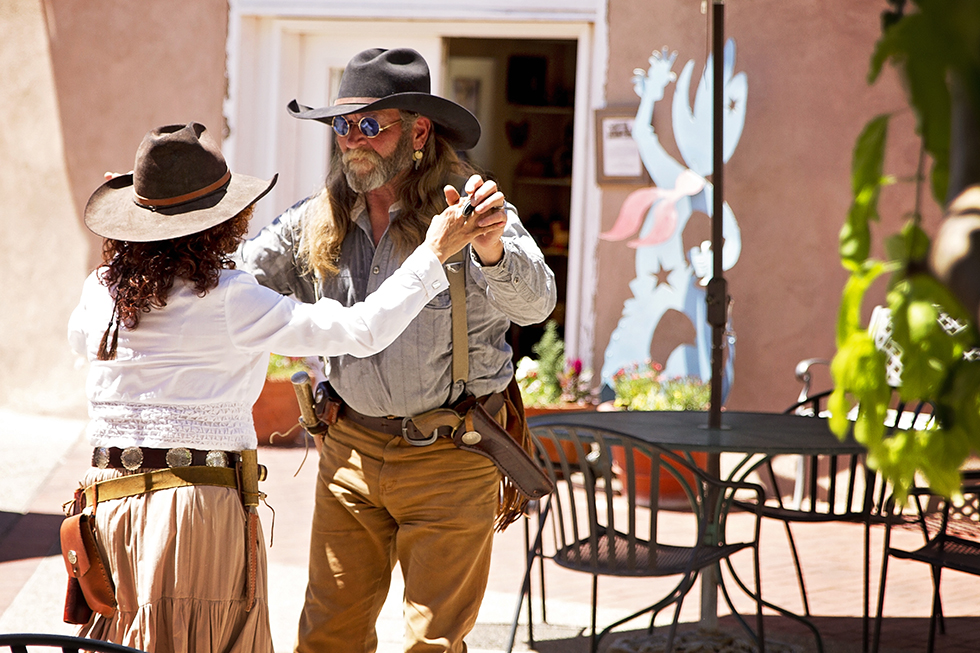 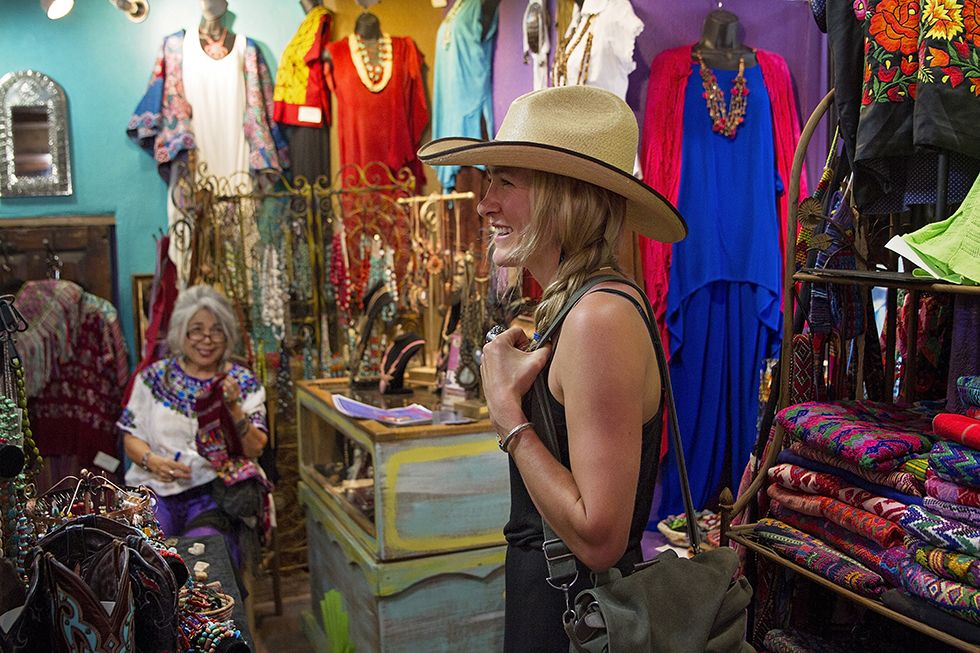