Sometimes you need to step out of your normal everyday life to feel inspired again. Sometimes that just means taking a different road to work or starting a random conversation at a diner with someone you’ve never met. Sometimes you have to step into something that shocks your senses.

The White Sands National Monument shocked the senses for me!

This road trip was a great inspiration. At first New Mexico doesn’t seem all that different. The terrain is often very similar to a good portion of Arizona. The heat was definitely the same when we arrived! The newness of the area, though, the unknown roads, cause you to take another look. The subtle differences started to flood into my consciousness!

And then there’s this place.

While chatting to the man who was working on the Roadrunner Sculpture I mentioned in THIS post, I asked him about the White Sands National Monument… was it worth visiting? We received a resounding YES. The next question was… what if it’s windy? Should we visit if it’s windy? Umm, that could be difficult.

Over coffee in Las Cruces I checked the weather and it was definitely going to be windy, but we decided what the hell! We’re here. The white sands looked amazing and who could resist the urge not to photograph them? Definitely not us.

You could see where the dunes were located miles and miles before you arrived at the entrance to the park due to the huge white dust cloud seen in the distance. We hesitated momentarily and considered another route. I actually hate the wind. Loathe it. Often, on windy days I refer to stories about wind so strong and lasting so long that it drove people insane.

The wind was enough to nearly topple me over. My legs were thoroughly wind blasted. I was unable to wear contacts for almost a whole day after this short visit. But it was SO worth it. I’ve never seen such blindingly white sand.  If anything, the wind made the experience even more epic. Who wants to take an easy photograph? Stepping out of our little convertible on a beautifully calm day certainly would’ve been easier, but I feel like I earned these photos. We arrived in the harsh, glaring, early afternoon sun and got to work and by work I mean having the most fun ever!

Once I visit a place I’m usually pretty satisfied. I don’t need to visit again especially since I have quite a long list of travel destinations but one of these days I’ll visit the white sands again. It’s just too beautiful not to. 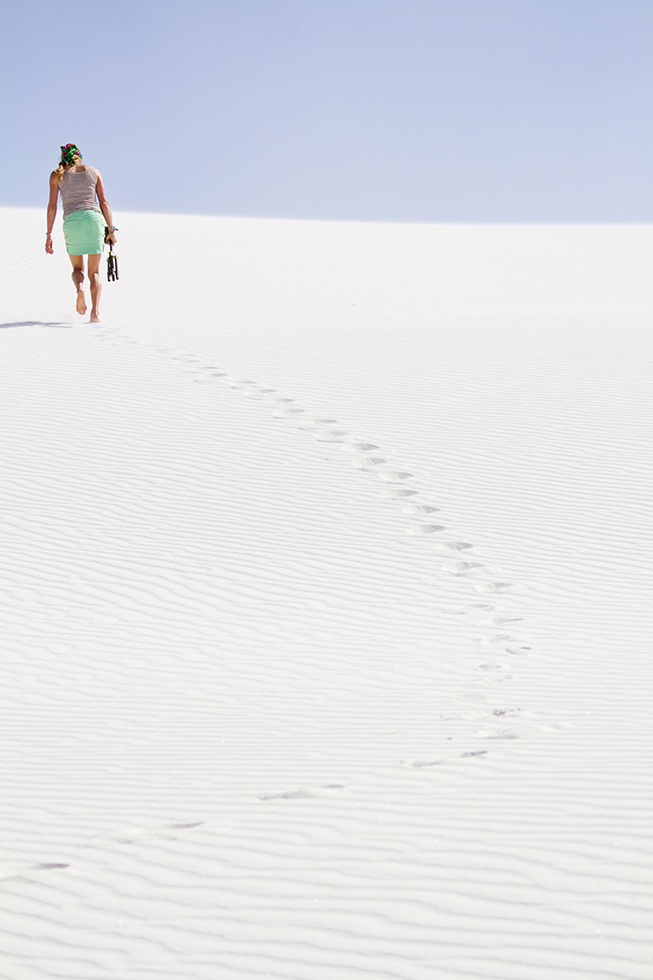 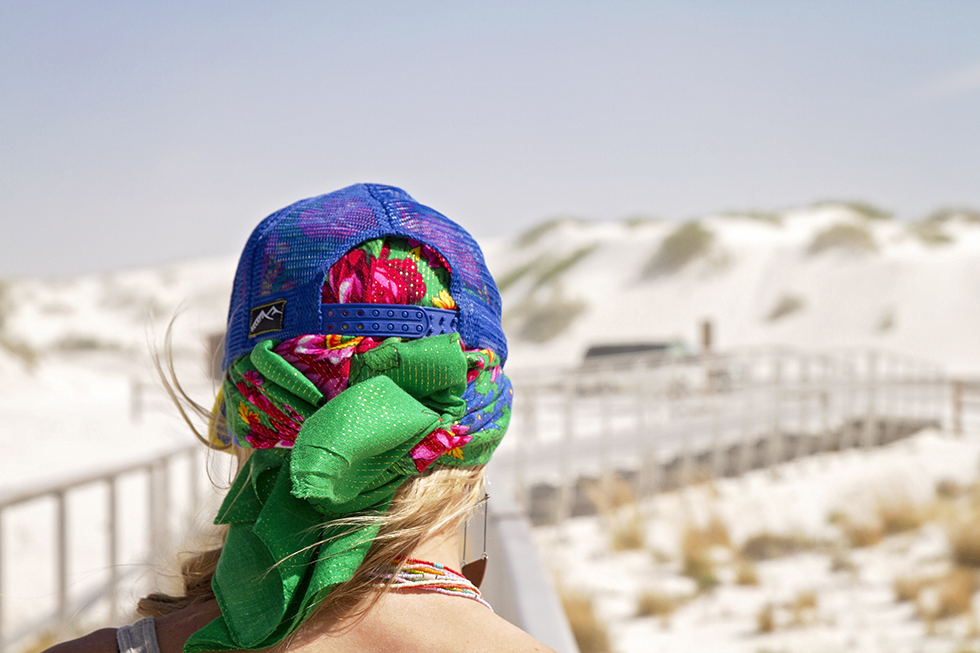 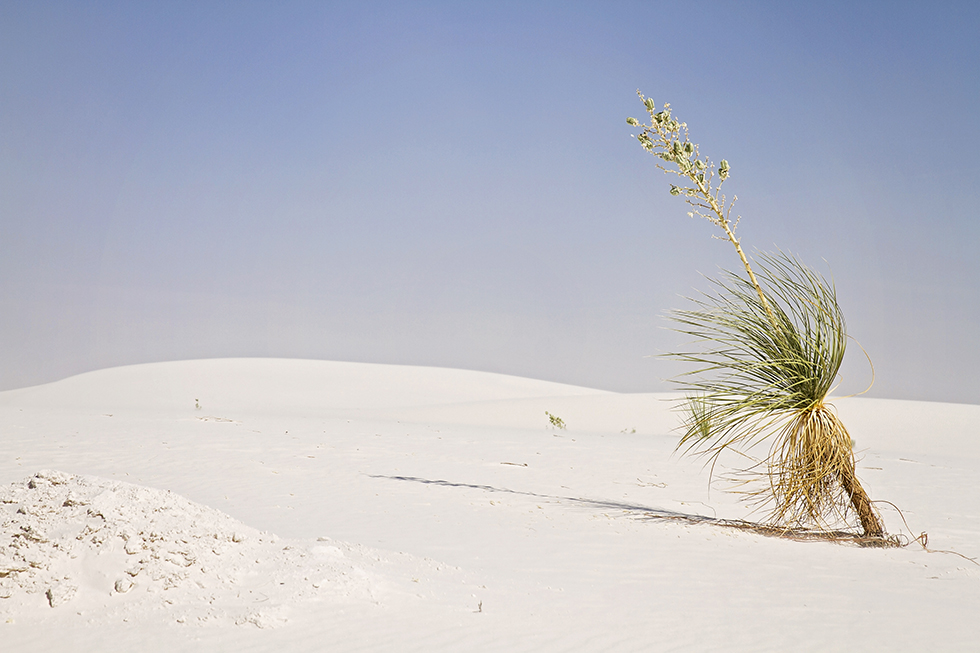 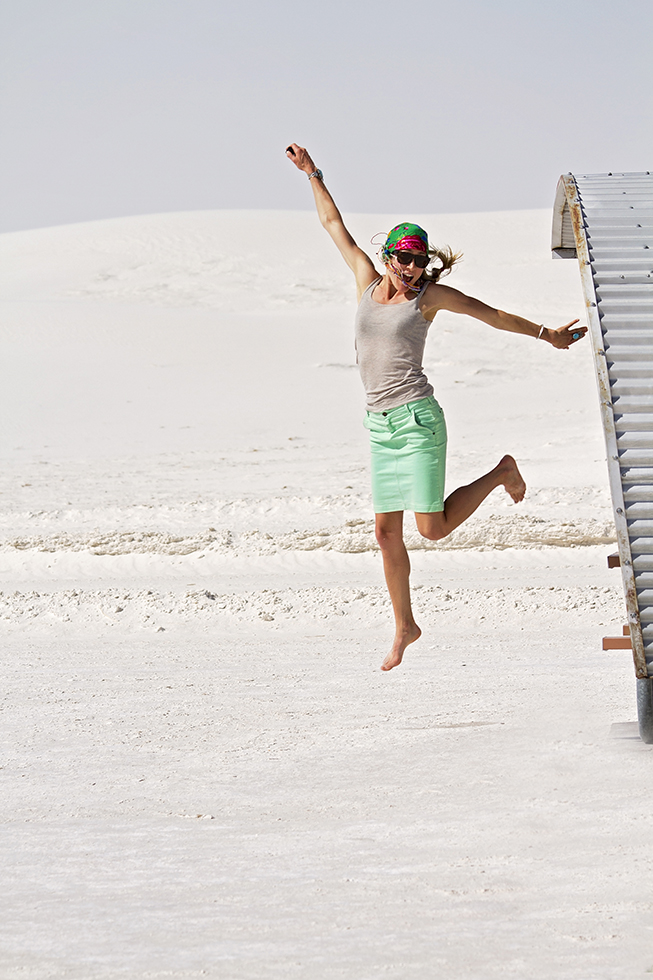 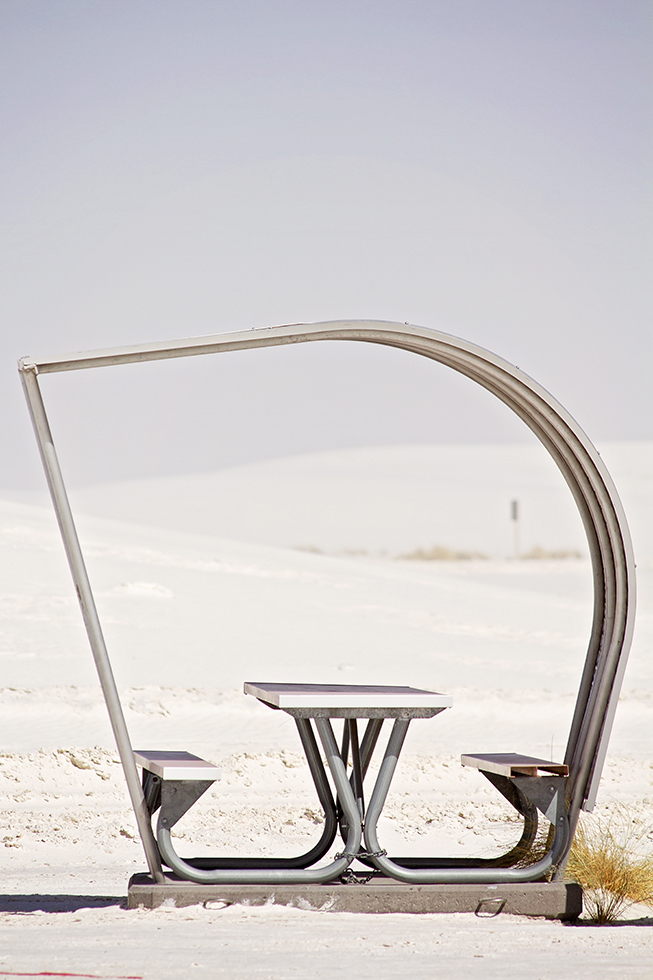 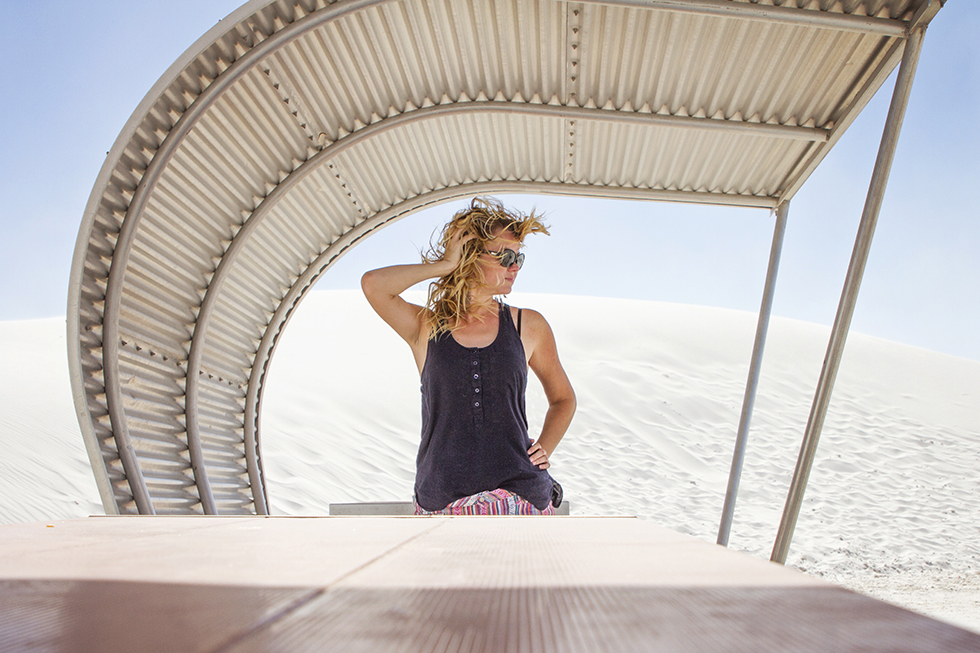 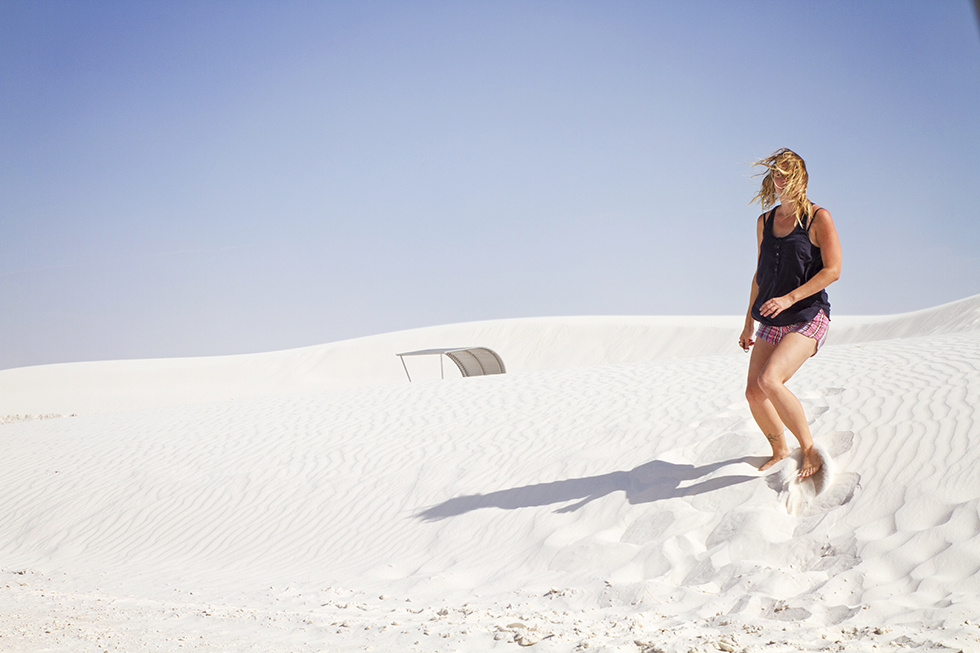 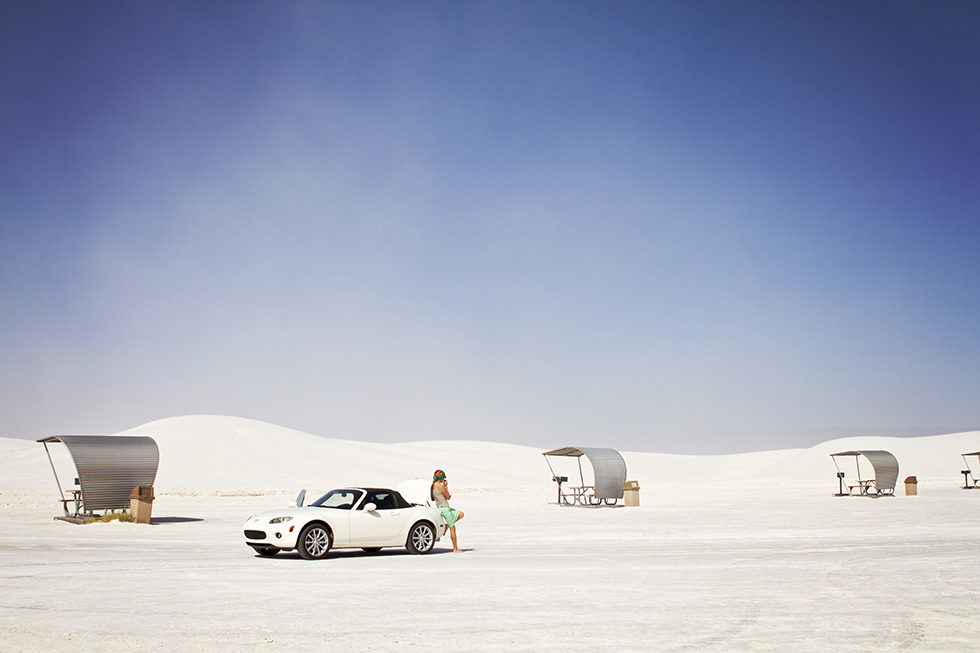 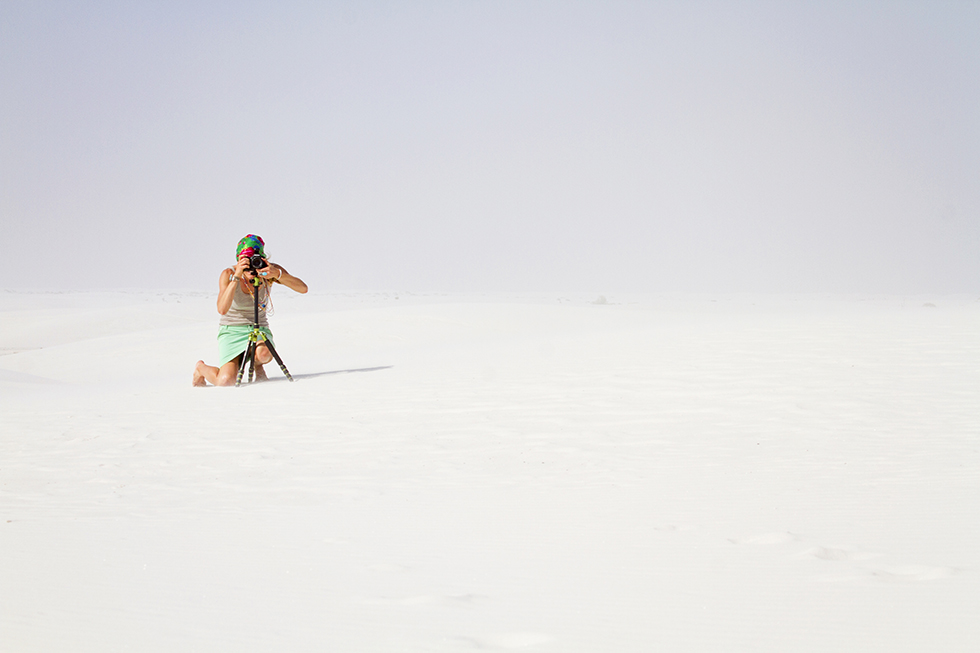 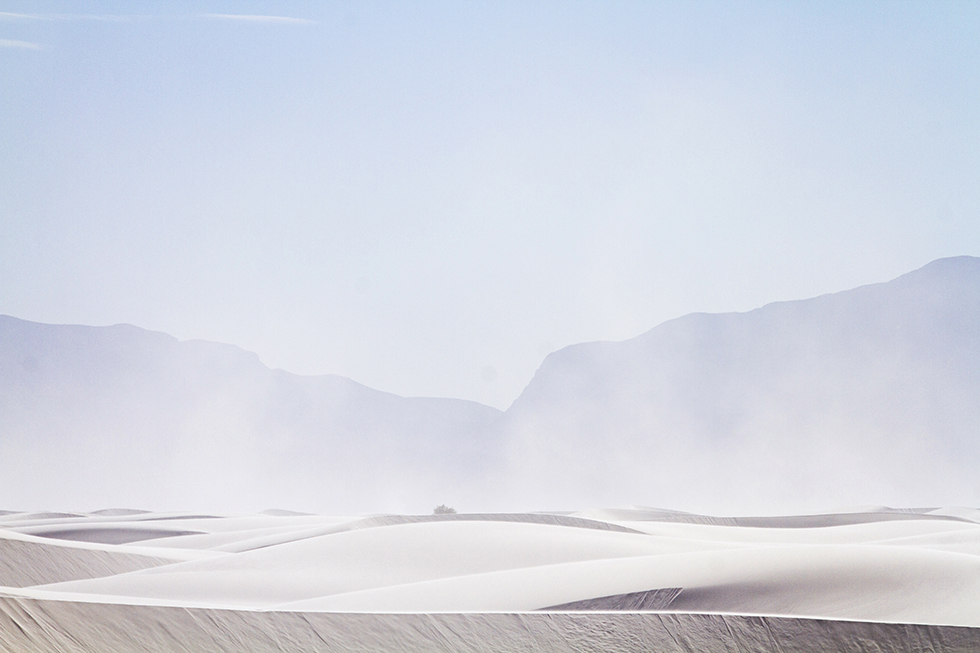 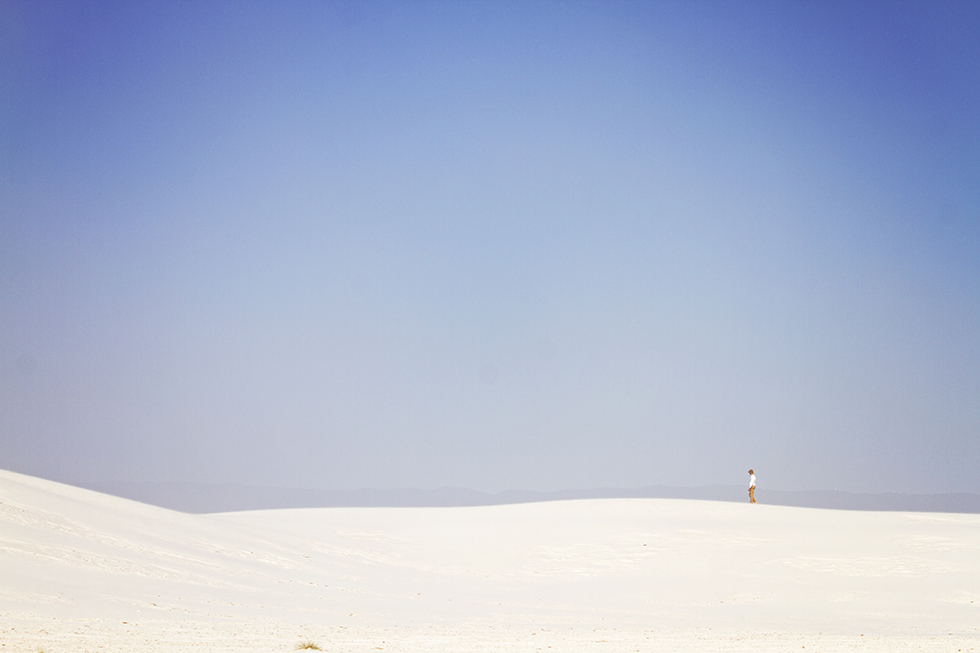 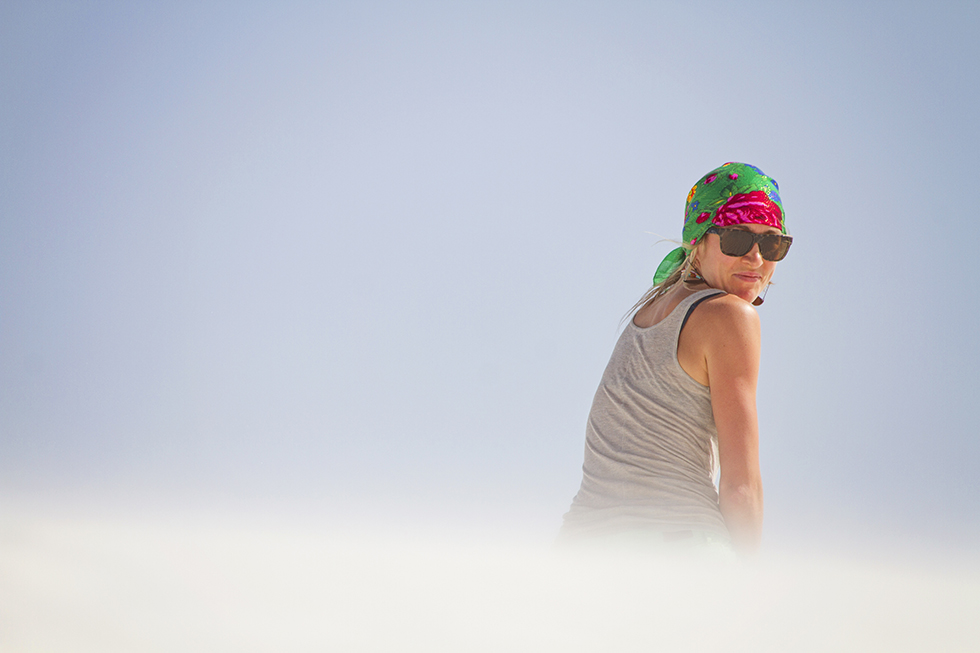